Welcome to the ZombiU Wiki
The wiki about ZombiU, a game developed by Ubisoft Montpellier and published by Ubisoft.
All pages can be edited and you are welcome to join us and contribute to this wiki!

ZombiU is a first-person survival-horror game developed by Ubisoft Montpellier. It is made exclusively for the Wii U. The game is a first-person survival-horror set in a post-apocalyptic London that has been ravaged by zombies. Most notably, it uses the Wii U Gamepad functionality to force players to look away from the screen while browsing their inventory but without pausing the game, leaving characters vulnerable while looking away from the screen. ZombiU is released simultaneously with the Wii U - November 18, 2012 (NA) and November 30th, 2012 (EU). The game is based on Ubisoft's first game, Zombi. 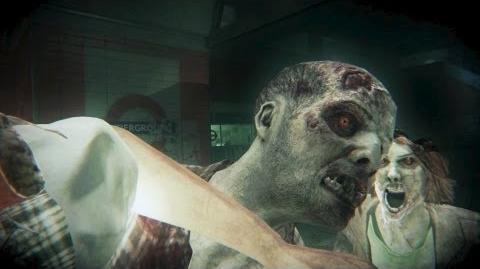 Most iconic area of Zombiu?

I'd like to make a poll but that doesn't seem possible, so instead I'll ask here: Which is the most emblematic area of the game in your opinion?

Creating the Narrative of ZombiU

Upcoming King of the Zombies Updates

CONGRATS! YOU SURVIVED THE APOCALYPSE! Well I think in terms of the ZombiU developers, that might be a bad think as ZombiU seemed to thrive off the horror that was the Mayan Apocalypse...